The City is resurfacing 2.6 miles of the Midtown Greenway between Burnham Trail and 5th Ave. S. 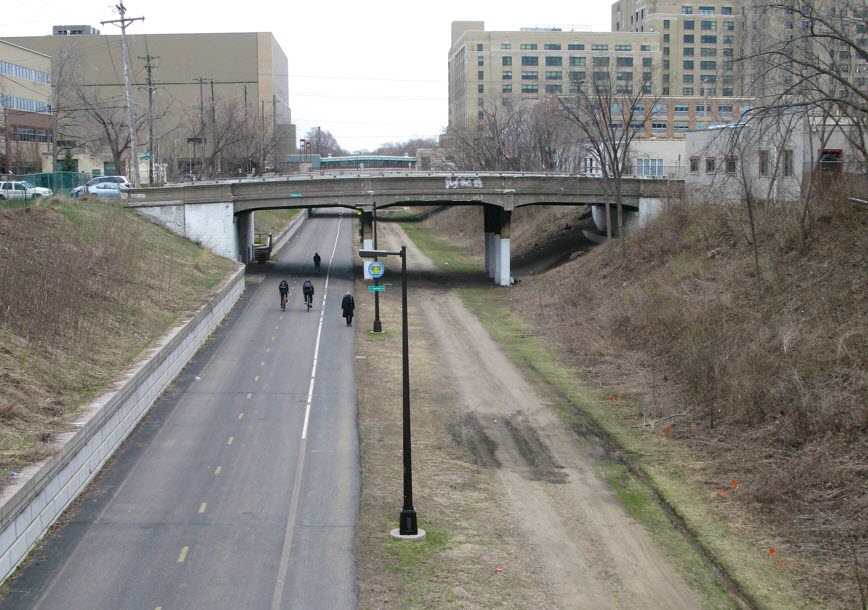 We are resurfacing 2.6 miles of the Midtown Greenway between Burnham Trail and 5th Ave. S.

As part of resurfacing projects, we replace the top layer of asphalt. This will extend the life of the trail and improve the surface quality for bikers and pedestrians. We will also assess what other minor safety improvements can be made to the trail.

About the Midtown Greenway

The goals of this project include:

We are partnering with Hennepin County Regional Railroad Authority on this project. HCCRA owns the land within the Midtown Greenway corridor.

The low crashes are likely due to the majority of the corridor being grade separated, with the exception of 4 low volume streets.

There will be some trail closures. See the planned closures below.

This project is in the construction phase.

Sign up to get alerts about this project. You'll need to provide your email address.